Data interpretation of the pie chart is the representation of data in a circle that is divided into various sectors. These sectors are constructed in such a way that the area of each sector is proportional to the corresponding magnitude of the data represented by the sector.

Some useful points in data interpretation of pie chart:

So, when the percentage of component values is given they can be converted to a degree by multiplying each of the percentage values with 3.6 degrees.

The formula for the angle of a sector:

Below pie chart shows the percentage of the number of students enrolled in a school / in different activities. 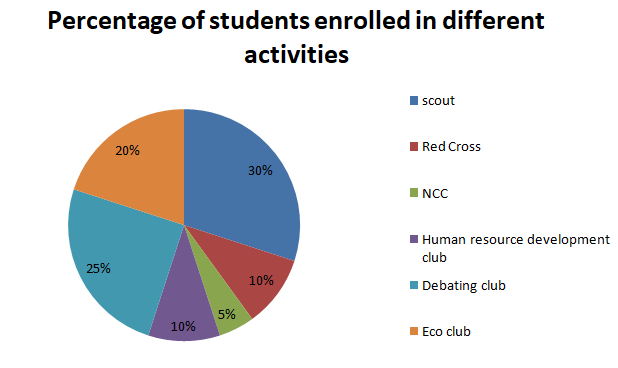 To convert the pie chart into degrees we need to do the following conversions:

Example problem:
Let us consider the Red Cross-sector from the above example

Example problem:
For this Red Cross-sector only let us consider the resultant angle 36 degrees and find percentage.

Study the following pie chart given here which represents a domestic expenditure of family in percentage and answer the following questions. Total months income of the family is 55,750 rupees 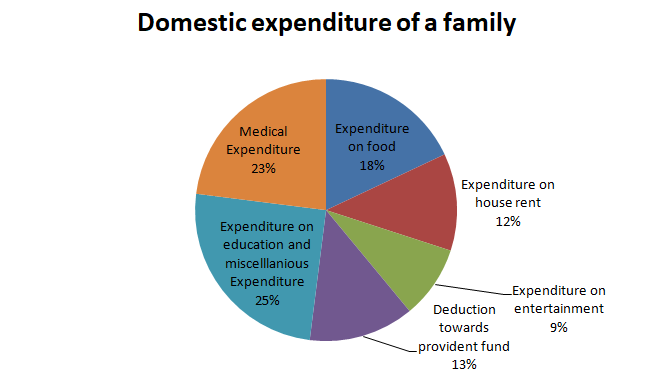