A quadrilateral is a closed polygon bounded by four straight lines.
A quadrilateral consists of four sides, four edges, and four vertices or corners. 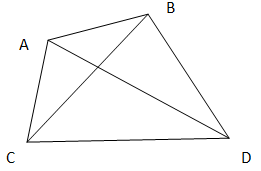 Different Types of Quadrilaterals and Their Properties

The quadrilateral with all-sided equal and every angle equal to the right angle is a square. Diagonals of a square are equal in length and cut each other at 90°.

Rhombus
Rhombus is a special kind of square with all sides equal, opposite sides parallel, and diagonals bisect each other at 90°.
ABCD is a rhombus. 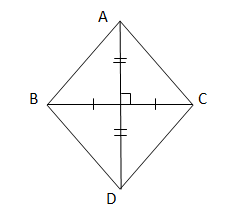 Parallelogram
A parallelogram is a special kind of rectangle with opposite sides parallel and equal in length, opposite angles are equal, adjacent angles sum equal to 180°, and diagonals bisect each other.

Parallelogram Diagonals
Diagonals bisect each other at “O”
OA = OC and OB = OD but AC || BD.

Two sides are parallel and the other two sides are not parallel AB || OC but AB≠DC.
All the sides lengths are unequal.

Trapezium Angles
The Sum of all the angles equals 380°. 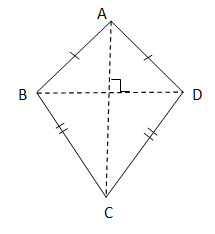 A kite is a quadrilateral with two pair of equal length sides which are adjacent to each other.
ABCD is a kite.

Polygon is a 2-dimensional shape bounded by three or more finite number of straight lines. Depending on the number of polygons. For a regular polygon, all the sides are equal. 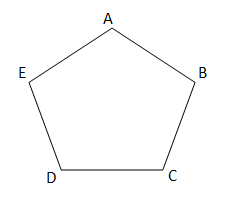 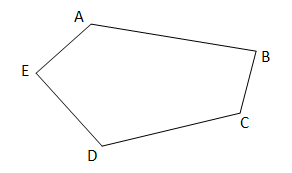 Angles in a Polygon 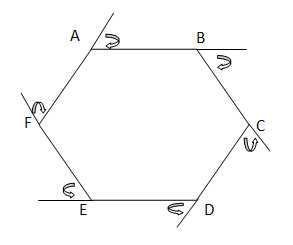 An exterior angle is an angle formed by any side of the polygon and a line extended from the next side.
ABCDEF is a hexagon.

* ‘n’  is number of sides of the polygon

Area of Polygon
Let polygon be of ‘n’ sided. 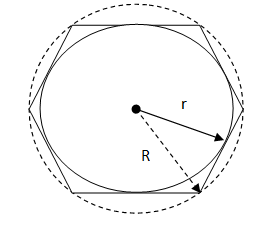