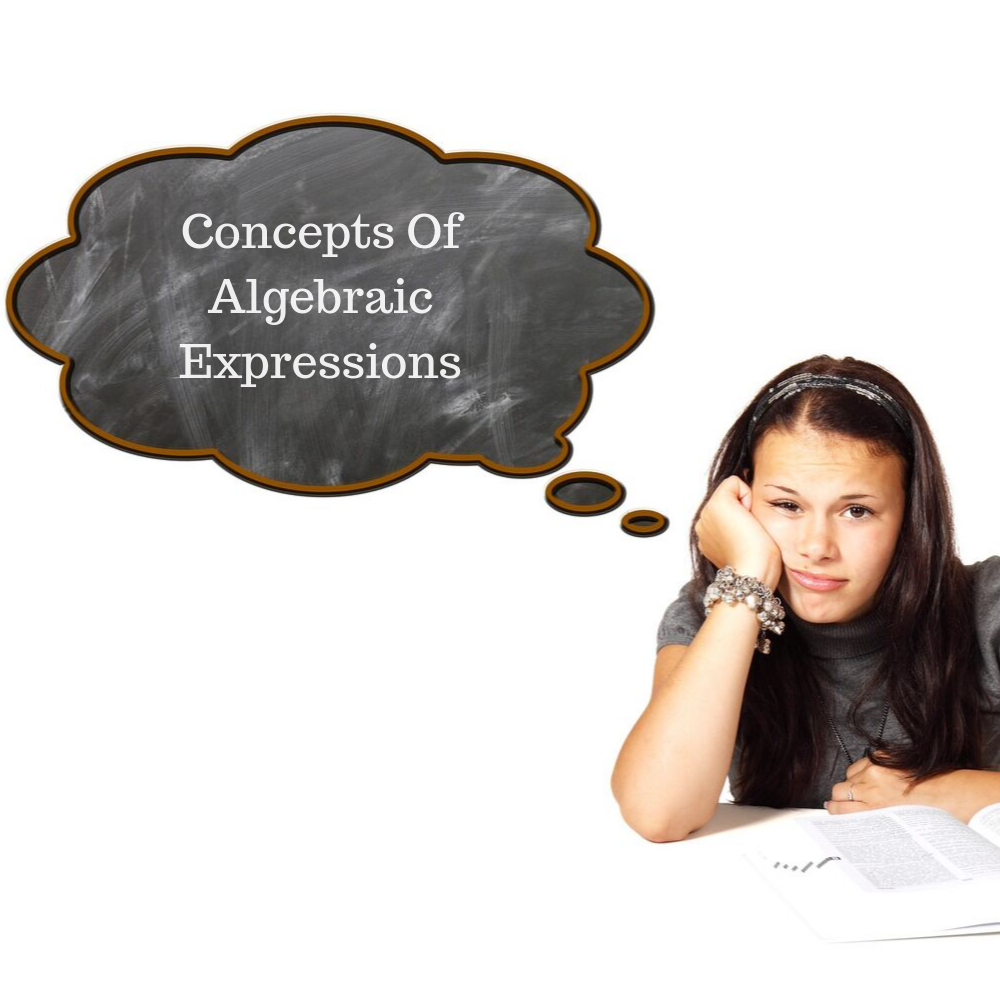 Algebra concept deals with letters of unknown values in Algebraic expressions. In solving to find the value of these letters we use different methods, tactics, rules, and formulas. To master these tricks we need to study algebraic expressions and their properties.

These are the expressions formed with variables and constants.
Eg: 9x+3

It is a value that is unknown or keeps on changing.
letters x, y. z, l, m, n………etc are used to denote variable.

It is the value multiplied by a variable.
eg: 3x, 5z here 3, 5 are coefficients of x and z respectively.

The term is defined as a product of constants and one or more variables.eg: 9x²-5xy

Factors Of A Term In Algebraic Expressions

Let us understand this by considering the term 9x².

The terms which have different variables as algebraic factors then they are unlike terms.Eg: 9x², -3x

An algebraic expression that has only one term is known as a monomial.Eg: 9xy, -pl, 7z², 9 etc

An algebraic expression with two different terms is called Binomial.Eg: a²+b², a+5

An algebraic expression that has one or more terms is called polynomial.
Monomial, binomial and trinomial are all polynomials.
For a polynomial all the powers are positive. It should not have any negative or fractional form powers except positive integers.

In an algebraic equation or plynomial the highest degree among the degress of different terms is called degree of algebraic equation/ polynomial.
Here degree is the sum of exponents of variables and the exponent values are non-negative integers.
Eg: 9x²y+4y-5
This equation has 3 terms 9x²y, 4y and -5
Degree of first term is 2+1=3
Degree of second term is 1
Here 3 is the highest degree among degress of other two terms.
Therefore, Degree of this polynomial is 3.

An Equality which is satisfied by any value that replaces its variables then the equation is called an identity.

Some Standard Identities In Algebra