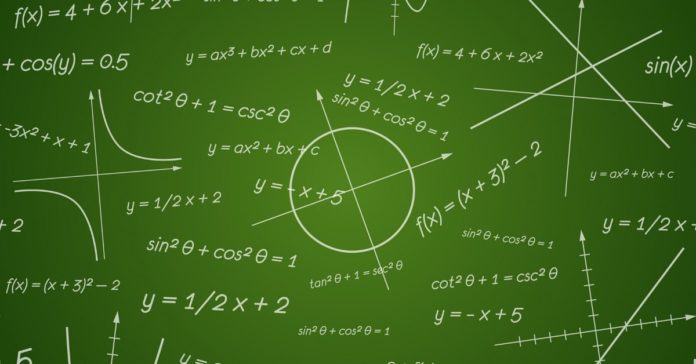 Lines and angles concepts are explained clearly below with all the definitions and properties involved in it. These concepts are useful in clearing many competitive exams like GMAT, CAT, GRE, etc.

A line is formed by joining collinear or non-collinear points.

There are two types of lines

A line that has diverted paths when traveled is a curved line.

The line segment is a line that has two endpoints.

Ray is a line that has one endpoint. A ray can be extended in only one direction.

A pair of lines are said to be parallel if they don’t intersect with each other and the distance between those lines is the same.

Parallel lines are denoted by the symbol  “||”.

A line that intersects two or more lines at distinct points is called a transversal line. 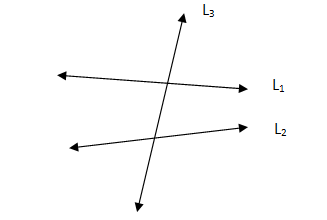 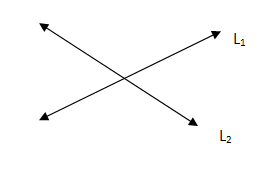 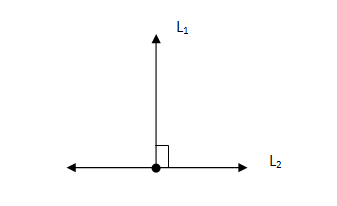 If two or more lines intersect each other at a common point then those lines are said to be concurrent lines. 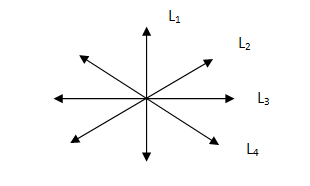 Co-planar lines are those lines which lie in the same planar.

Non-co-planar lines are those lines which do not lie in the same planar.

Some important points in Lines and Angles

Two rays starting at a single point form an angle or simply an angle is formed by intersecting two lines.

An angle is represented by the symbol “∠”. 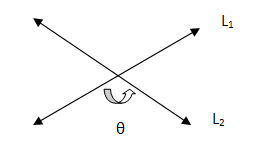 An angle that is greater than 0° and less than 90° is called an acute angle. 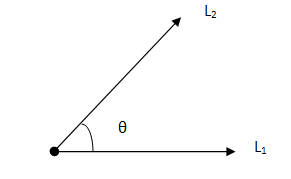 An angle that is exactly equal to 90° is called a right angle. 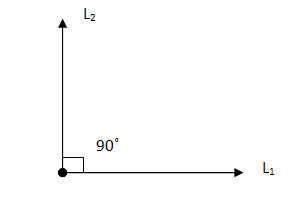 An angle that is greater than 90° and less than 180° is called an obtuse angle.

An angle that is exactly equal to 180° and less than 360° is called a straight angle.

If the sum of two angles is equal to 90° then those two angles are called complementary angles. 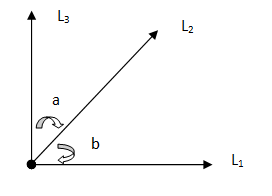 If the sum of two angles is equal to 180° then those angles are called supplementary angles.

Two angles are said to be linear if they are adjacent to each other, share a common side and sum of their angles is equal to 180°.

Two angles are said to be adjacent angles if they share a common side. 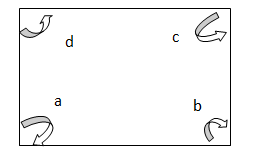 Here adjacent angles are ∠a and ∠b; ∠b and ∠c; ∠c and ∠d; ∠a and ∠d 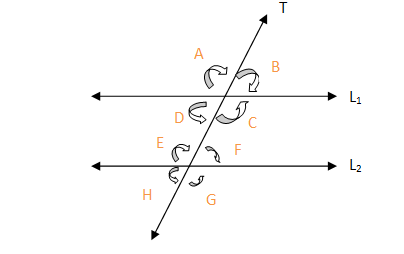 l1 and l2 are parallel lines.

T is a transversal.

Angles that lie inside parallel lines are interior angles.

∠C,∠D,∠E, and ∠F are interior angles.

Angles that lie outside parallel lines are exterior angles.

Angles that are inside parallel lines and lie on either side of traversal are called interior alternate angles.

Angles that are outside parallel lines and lie on either side of traversal are called exterior alternate angles.

∠D and ∠E; ∠C and ∠F are consecutive interior angles.

The sum of consecutive interior angles is 180°.

∠A and ∠C, ∠B and ∠D, ∠E and ∠G, ∠H and ∠F are vertically opposite angles.

Types of Quadrilaterals and Their Properties | Definition, Formulas